A Different Point of View (And don't call me stupid.) 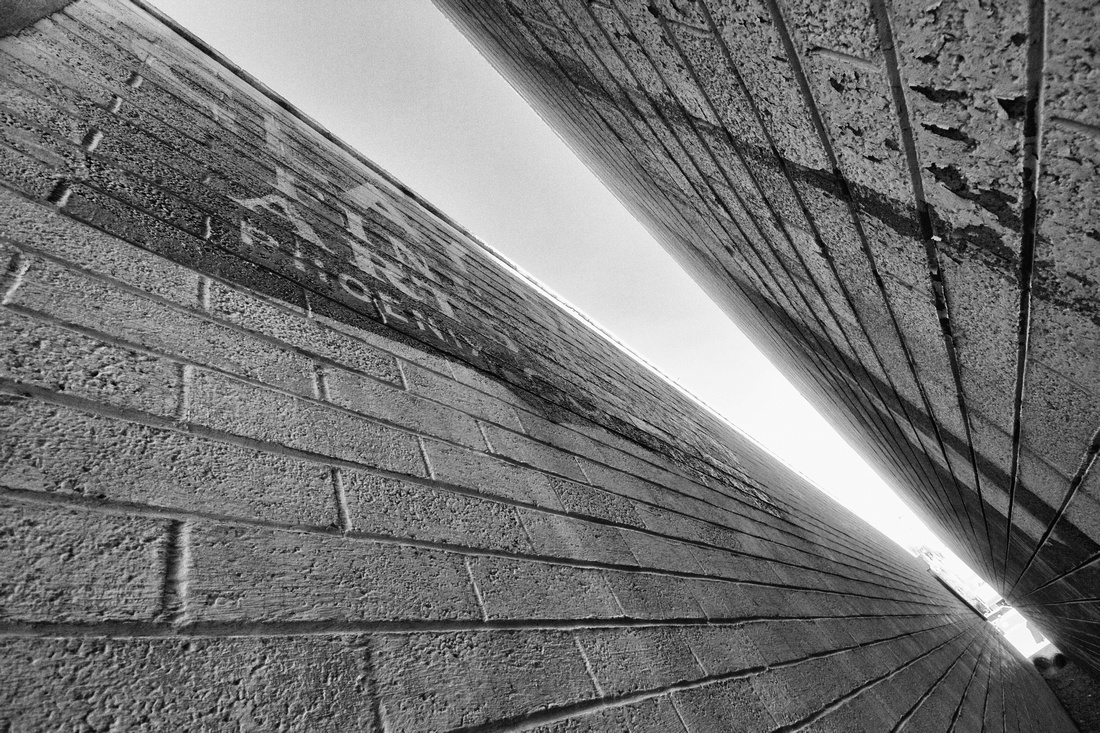 Do you think this is a good photo of beautiful downtown Scottsdale, Arizona? I mean doesn't this image make you think of dry, warm, desert breezes, cactus, and high-end shopping malls? No? Well, that's because I was trying to look at things from a different point of view.

The fact is, this image probably could have been taken anywhere. It's not the type of subject you would take a photo of while sightseeing on vacation. But that's the point. Actually forget the vacation or travel thing for a minute. How many times do you walk past the same building on your way to work, Or go down the same road as you leave your home? During our everyday lives, we see the same doorknobs, the same buildings, the same cars, the same people, the same trees. .. You get the idea. Look at the familiar like it's the first time you ever saw it, and I guarantee you will see something different.

What makes the image above a good photo? A different perspective. A different angle. Texture. Contrast. Eye movement. Simplicity. Intrigue. All of the above.

The image on the right was also taken on a street in downtown Scottsdale. This time there is some desert-looking foliage to help sell the idea that it really is someplace warm. But what makes this a good image? In a word, repetition. I love repetition. In a photo, anyway.

The somewhat monochrome building structure contrasts with the brilliant green in the center of the photo. Everything draws your eye to the center of the image. A hint of green in the foreground points the way down the path. There is an interesting reflection and play of dappled light on the posts on the right side.

The image is also cropped in such a way that the structure in the foreground almost forms a frame around the scene. It is not symmetrical. Almost, but not quite. That's a good thing.

But for all those things that are going on in the photo, it still maintains a key element for a good photo: Simplicity.

My instructors in college called me stupid. Well, not really. They said "Keep it Simple Stupid..." or KISS. The best design and photography are often filled with simplicity.

Like the image of the buildings at the top of this post, the image of the headlight above again could have been taken almost anywhere. It is some detail from an old Jaguar parked on the street in Scottsdale. Sure, I could have photographed the entire car... Yawn. This image is much more interesting to me.

Making it a black and white made it a study in contrast and texture... Contrast between the complexity of the left side of the image against the smooth background bokeh of the right side of the image. And texture from vertical lines on the lens of the headlamp on the car.

And overall, it is a simple image. 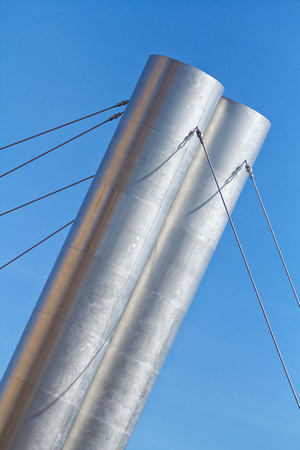 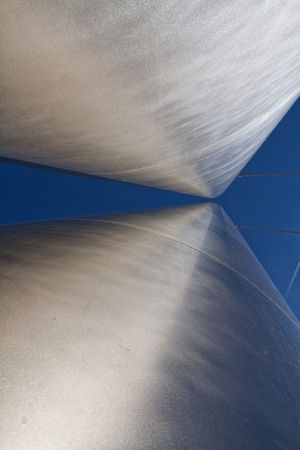 The two images above are the same elements of the same bridge in Scottsdale.

The image on the left image shows a portion of the bridge, but is not a particularly interesting photo.

For the image on the right, I pointed my camera straight up with a wide angle lens (20mm) while standing right in between the giant steel pillars for a more dramatic point of view. The image has more scale. It contains only three primary elements - the two pillar shapes that fill the top and bottom of the photo, and the sky which seems to get squeezed between the ends of the two massive silver cylinders like two oversized metallic rolling pins.

This image has both an interesting point of view and simplicity.

So next time you find yourself on vacation or on your way to work and you have your camera with you (you always do because your phone has a nice little camera, right?), look at things from a different point of view before you capture that scene.

And Keep it Simple, Stupid.